26 May LISBON WINE AND GOURMET TOUR

Posted at 17:36h in Short Journeys by semlimite
Share 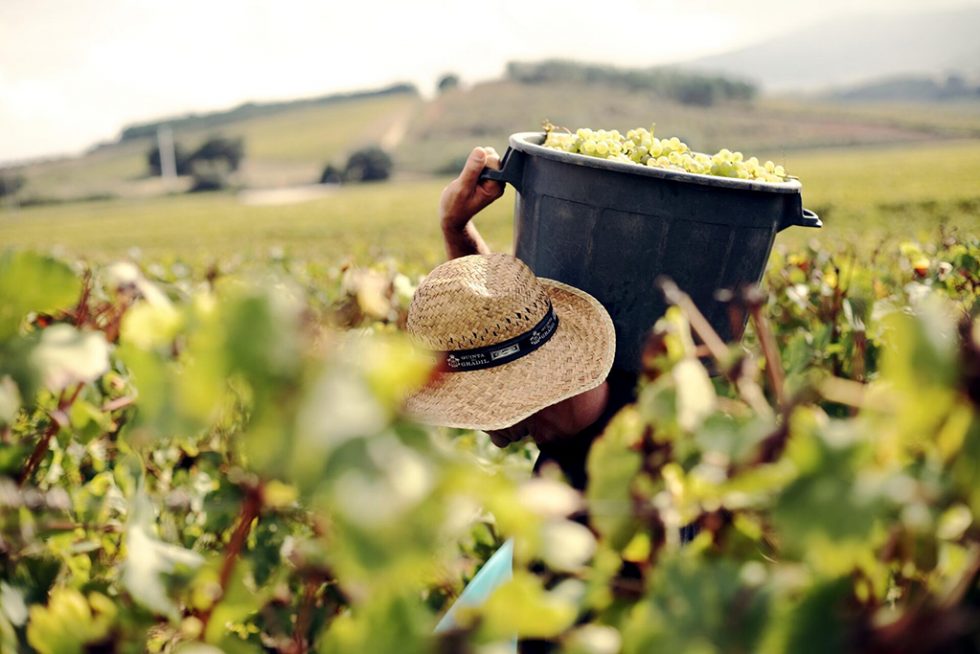 About 45 minutes away from Lisbon lies the magnificent Óbidos region and its wonderful wine, which will be the keystone for our journey, but also delicious food, a calm, peaceful atmosphere where you’ll be able to relax, and some of the most significant monuments in Portugal, with which you can learn a lot about Portuguese history.

Stray from the more touristic routes and discover a country with rural backdrops and fishing villages, medieval or 18th-century majestic monuments, ceramic and porcelain factories exporting to the entire world. 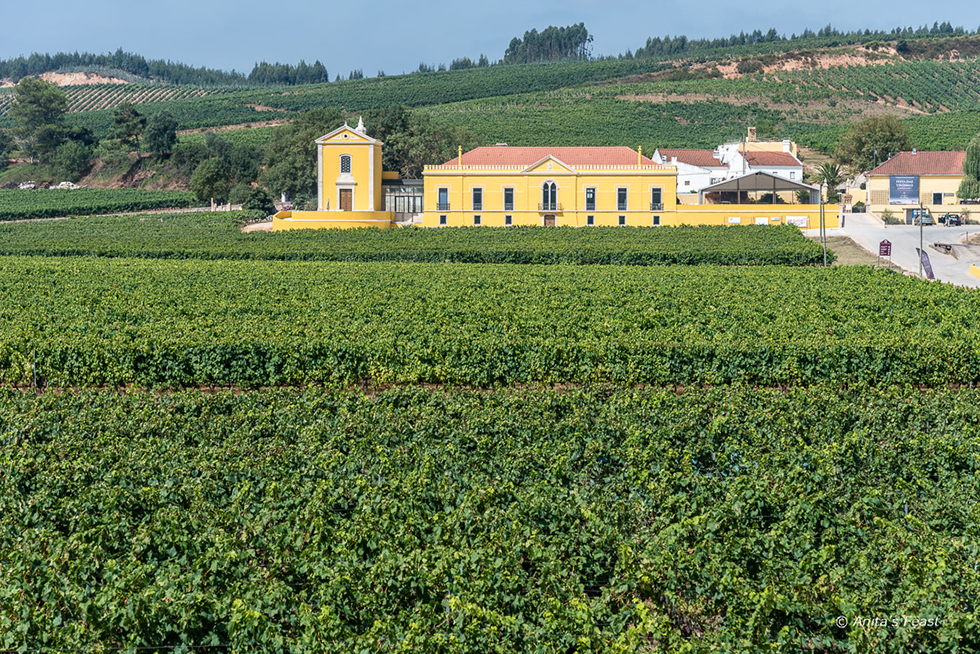 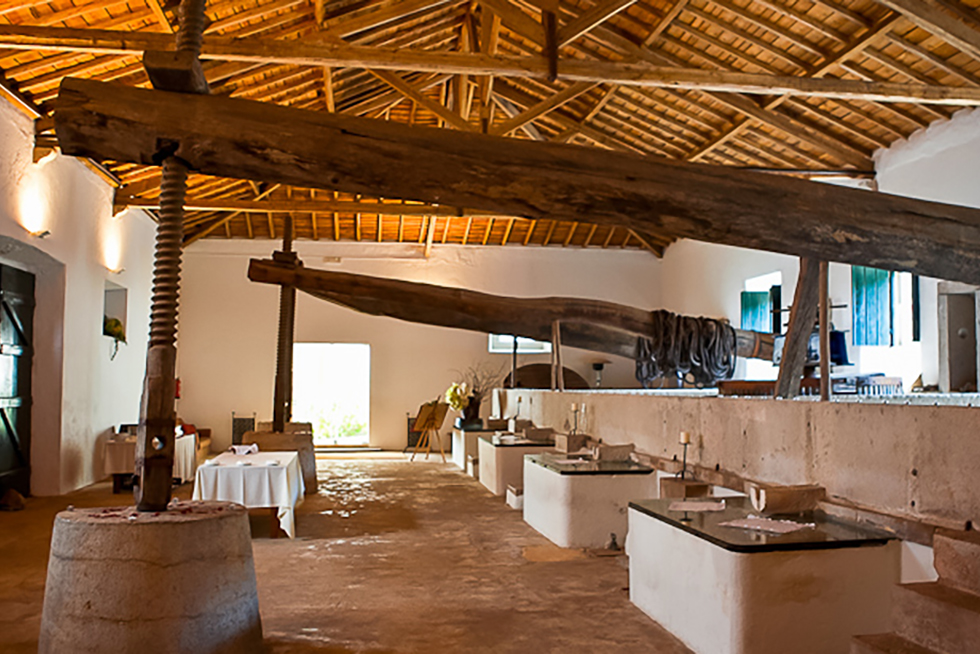 With rental car or car with driver, you will go straight away to the hotel — in Óbidos or Arelho.

The trip should take around 45 minutes.

The rest of the day will be arranged according to your flight arrival. In case you arrive to Lisbon in the morning, we suggest a stroll around the town of Óbidos.

For dinner, we’ve got a handful of suggestions as well, depending on where you choose to stay:

Rio do Prado or Pousada de Óbidos (about 15 minutes away).

Leave to Bombarral to visit what’s probably the oldest winery in the region, which is still in the founder’s family, an important wine trader of the 19th century, based in Lisbon, who decided to devote himself to wine making in the mid-19th century. This is quite an interesting visit in which, in addition to visiting the vineyards and the 1870 cellar, with vats so huge that they had to be built inside the building, we will visit the aguardente (a strong alcoholic spirit distilled from either wine or pomace) distillery, which is still working today, a true living museum. Next to the vineyards there is also a private 19th century garden that belongs to the family house where the founder’s 90-year-old daughter in-law still lives.

For small groups, we can organize a homemade lunch at the house the founder had built in the beginning of the 19th century for him and his family, and that’s still untouched as far as architectonic and decoration traits are concerned.

Following down a narrow road surrounded by big vineyards, we arrive to yet another important producer in the region, this time a more modern one, which is a trading company. What brings us here is the restaurant, where they serve wine-based and regional dishes, our suggestion for lunch.

After the visit, we propose a change in scenery. Driving to Mafra, about 20 minutes away, you will arrive at the greatest Portuguese palaces, and one of the most impressive ones for that matter: the Palace and Convent of Mafra, built in the first half of the 18th century, one of the more magnificent Portuguese buildings. Private visit to the palace and convent, including the peculiar hospital.

Return to the hotel. For dinner we suggest driving to the village of Peniche, an important fishing harbor where the fresh grilled fish is king, as well as the delicious caldeirada (stew consisting of a variety of fish and potatoes, onion, and bell peppers, one of the most typical fishermen dishes in Portugal) — and if you’re able to have dinner in an old fortress with ocean views, well, the night is yours.

Taking a break from wine, have yourself a day devoted to food and art.

The first stop will be in the town of Caldas da Rainha, as it was first named by Queen D. Leonor in the 15th century. In one of her many trips, as she stopped by this town, she saw people bathing in waters with a strong smell. She found that to be strange, so she inquired the town folk who said they were doing that because the waters healed. Since she had a skin condition, she bathed as well in those waters and her illness went away. A year later, she instituted the thermal hospital for everyone who wished to be treated. To support the hospital, the queen founded a small parish with 30 inhabitants, which came to be the town we know today.

Caldas da Rainha gained back its importance in the late 19th century. The abundance of clay in the region allowed for countless factories to be built, some of which still exist today. In one of those factories worked the great Portuguese ceramist Rafael Bordallo Pinheiro, whose peculiar and original pieces are still trending and being replicated. Therefore, stopping by Caldas da Rainha can become even more interesting if you visit one of these factories or the Ceramics Museum (which we can arrange for).

Continuing our way to the village of Nazaré. Nazaré is one of the most traditional fishing villages in Portugal, still maintaining today a strong cultural connection to the ocean.

On the vast sandy beach, we can still spot varinas (traditional fish vendors) dressed in her 7 skirts and drying their fish in the sun. Higher up, in Sítio, on the top of a big cliff, there’s the tiny chapel that witnessed the miracle or legend from the 12th century, when a knight was saved by Our Lady of Nazaré when he was about to fall down the cliff as he chased a deer. This is located next to the Church of Our Lady of Nazaré, built in the 14th century, with such a rich interior it’s well worth a visit.

Following the road down to the lighthouse, right on top of a rocky cliff, you’ll probably spot a small crowd looking over at the sea. This is because between October and March, there’s a giant wave that has become famous around the world thanks to American surfer Garrett McNamara: in 2011, he surfed a world-record 100 ft wave here.

Make sure you take full advantage of Nazaré and its seafood houses for lunch.

The return to the hotel will include a stop in Alcobaça.

The Alcobaça Monastery, in addition to telling the most romantic story in Portugal, is one of the most significant Gothic buildings in all of Europe, as well as listed as World Heritage Site by UNESCO. a unique medieval monastic building complex with surprising beauty and functionality. For example, in the kitchen, there used to be a small open for a small underground river where the monk would fish and bring it back directly to the pan.

Before returning to the hotel, one last mandatory stop in one of the many typical pastry shops to try one of the delicious conventual sweets from Alcobaça.

DAY 4 – BACK TO WINE AND THE FRENCH INVASIONS

This day is dedicated to small producers from the region of Monte Agraço and Arruda dos Vinhos. Alongside an enologist, we’ll visit two small private wineries producing very interesting wines. Although they’re small producers, one of these wineries has been producing wine for over 300 years. A couple of surprises along the way: lost in the middle of a small village, there’s a tiny church from 1520 with a vastly rich collection of tiles from the 17th and 18th centuries and a magnificent door in Manueline style, like those we can see in big monuments in Lisbon, from the Discoveries Era.

The entire region was utterly important to history, as this is where Napoleon troops tried to conquer Portugal three times in the 19th century, always unsuccessful, and where they brought the Duke of Wellington, the famous vanquisher of Napoleon at the Battle of Waterloo, which ended up helping Portugal in the battle against general Junot. Curiously enough, Wellington, who’d drink a bottle of wine per day, tried one of the wines from the producers we’re visiting today and considered it to be the best wine in the region. The connection between Wellington and Portugal grew after that moment, which granted him many Portuguese royal and noble ranks.

For lunch, another surprise: a small restaurant surrounded by vineyards and a delicious grilled rabbit. To die for!

Before going back, a short stop at the Wine Shop in Bucelas where you’ll find a great selection of Portuguese wines at very interesting prices. Bucelas is about 50 minutes from Óbidos.

The return can be made directly to the airport or, in case your flight is only in evening, we can include a visit to Sintra or Lisbon before you have to leave. 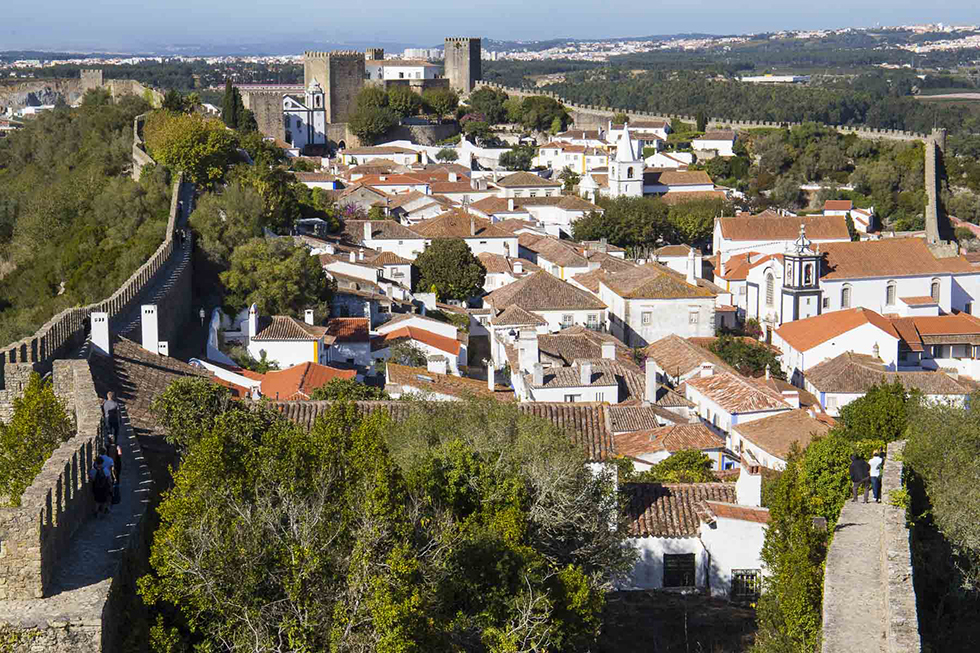