Posted at 17:37h in Long Journeys by semlimite
Share

AN 11-DAY TRIP DISCOVERING THE JEWISH HERITAGE IN PORTUGAL 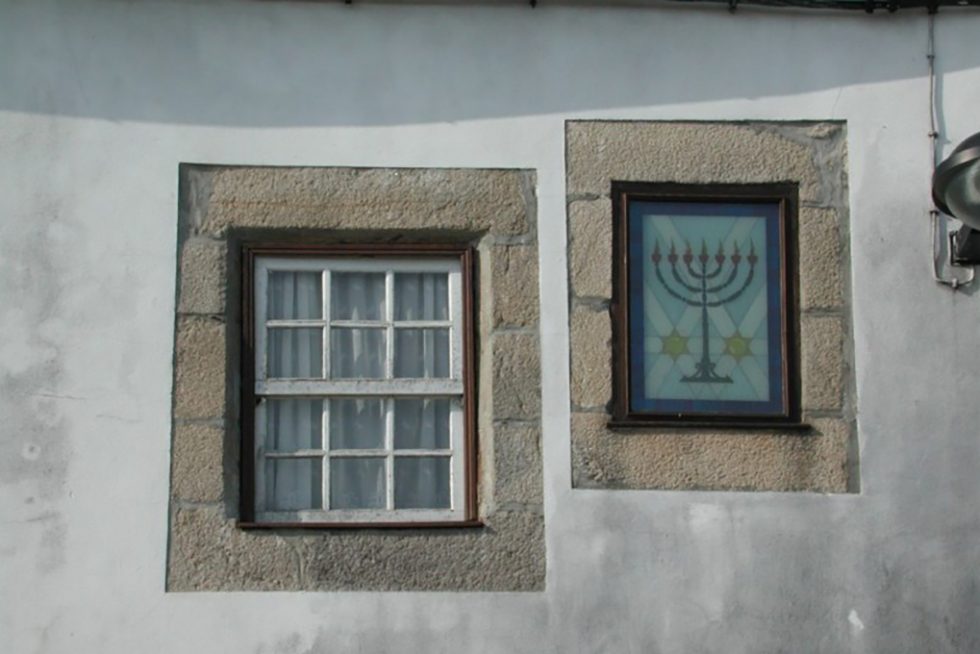 Jewish communities lived in Portugal for years and played important roles in many aspects of Portuguese history, society, and way of life. Jewish people lived virtually in every corner of the country, since the end of the Roman Empire and until the Inquisition began in the mid-16th century. 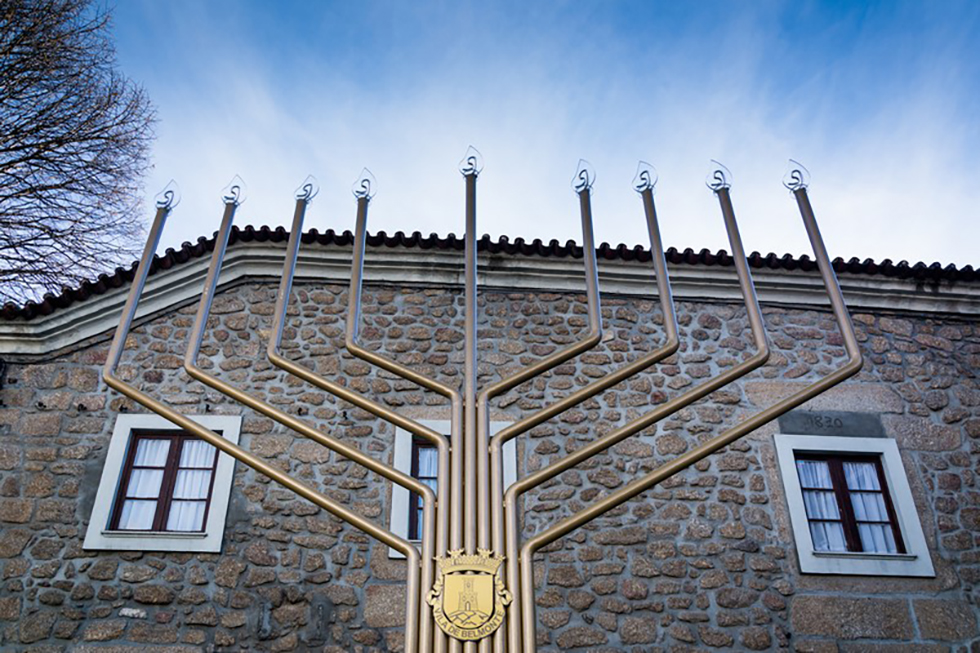 After the Catholic kings’ rule in Spain, a great number of Spanish Jews fled to Portugal where they had a relatively calm life, until the death of the Portuguese king D. Manuel I. They played a significant role in the movement of the Discoveries, not only as trade and finance men, but also as science geniuses.

A trip through the world of the Sephardi Jews will take you on a journey back in time across the entire Portuguese territory and history. Our 10-day trip will start in the North of the country, where you will hear about some curious stories related to the Portuguese Jews and how they managed to deceive the Inquisition. After visiting Porto, we will drive down to Portugal’s central region to visit ancient synagogues, home to the most important communities.

Heading south, we get to the beautiful city of Évora, which in turn is filled with sad memories to the Portuguese Jews, as this has been the birth of the Portuguese Inquisition courts.

The trip ends in Lisbon, where imperative visits await you. Not only will we visit the synagogue and the Church of Saint Dominic, where thousands of Jews were killed by the Inquisition, but also the monuments related to the Discoveries, an opportunity to learn more about the role of the Jewish community during that period and how they helped this small nation, which was also their home, to give “new worlds to the world”. 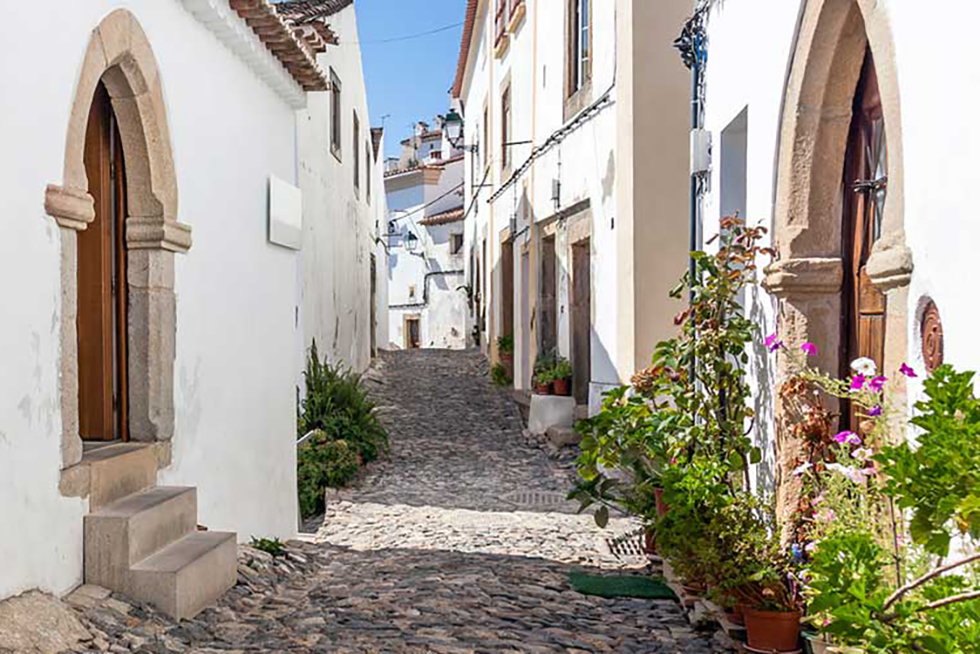 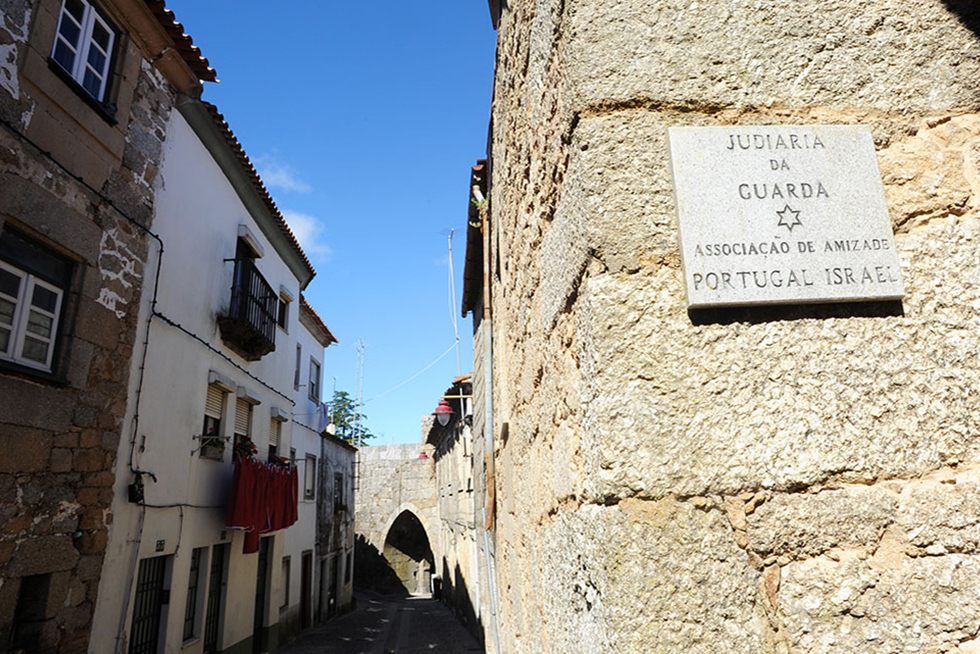 Your flight should arrive in the morning, so the afternoon will be reserved to the private visit to the Kadoorie Mekor Haim synagogue, the biggest in the Iberian Peninsula, built thanks to the donation from Jewish people around the world, founded in 1938. This is also the heart of Porto’s Jewish community, which came to be in 1923 by Captain Barros Basto, known for trying to reconvert Jewish descendants who were forced to convert to Christianism in the 15th century, but secretly kept on following some of the rituals in the Jewish religion.

This morning will be dedicated to exploring Porto. For the first part of the visit, we will drive the city so you will have a panoramic perspective of it. We also suggest a visit to the Church of Saint Francis, probably the most important Gothic and Baroque church in Porto and one of the most stunning of the entire country. The interiors are covered in gilt wood work, which star attraction is the Tree of Jesse.

Rest of the day off.

DAY 3 – CROSSING THE HEART OF PORTUGAL

At 8 AM, pick up your car and begin driving towards east through the impressive Marão mountain and the Douro valley. The landscape is so breathtaking it will definitely make you stop for lots of pictures. The first stop we suggest is Mêda, about 2.4 hours from Porto, if you choose the extended scenic route, which crosses the Douro valley. If you stop in Mêda, we suggest a visit to the main church where you will find a Shabbat lamp hanging above the sacristy, a vivid expression of the Jewish presence in the territory and the current peaceful coexistence between both religions.

The Jewish presence is quite noticeable in a number of villages and small towns: we chose just some of the most essential examples. Keep driving towards Trancoso, a 30-minute trip. Then, a guided visit to the museum and the synagogue, where you will learn more about the history of Jewish communities in the region.

After the visit, and following directions given by the museum guide, we suggest a pleasant stroll through the old town in search of signs of the Jewish presence.

Then a 30-minute drive back to your hotel.

Accommodation: Casas do Côro. We chose a boutique hotel in the heart of a traditional village. Sit back and relax by the pool or the gardens, or enjoy your time wandering around town on foot looking out for Jewish or New Christians symbols.

A little over 1 hour on the highway is one of the most recent Portuguese museums, which is also a memorial marking the thousands of Jewish people that arrived in Portugal because of the World War II. An impressive showcase with photos, letters, films, and first-person accounts will show us the story of this escape, what they felt when they got to a country without war, and where they were welcomed, and the fear dissipated, and also how they reorganized their lives in other countries after leaving Lisbon.

On this day, we won’t suggest any more visits, but rather a drive back to the hotel and a relaxed evening amidst nature.

This day will be the most intense of all, a 4.5-hour trip that can be split into two parts, if you wish.

Pack your bags and head to Belmonte, 45 minutes away from your hotel. Belmonte has one of the strongest, most lively Jewish communities today. Begin with a private visit to the Belmonte museum that tells the story of the local people and the way they adapted to the rules of mandatory change of religious beliefs and the Inquisition.

Continuing south, Tomar is your next destination, a 2.15-hour drive. This detour is compensated by a private visit to the synagogue and the former Jewish houses. Tomar played an important role during the Middle Age, and the Jewish community was one of the most noteworthy leading figures during that time.

At around 3 PM, you should be ready to head to your last destination of the day, the medieval village of Marvão, about 1.50-hour driving. We can arrange for alternatives a little bit closer to Tomar, or even in Tomar, but Marvão is a beautiful medieval town surrounded by a castle and its walls, set on top of a mountain — trust us, it will be worth your while.

Accommodation: Pousada do Marvão. Magnificent views in a quiet location.

Passing through the narrow streets of this lovely village and delving into its wonders and stillness, drive for about 20 minutes to Castelo de Vide, a charming village with strong Jewish traditions. A local guide will take you along the cobblestone streets looking for symbols on the doors that once set Jewish homes apart. Visit the synagogue and its museum.

On the way to your second location, stop in Estremoz about 1-hour drive away. It will be worth climbing all the way to the top of the village to take in the wonderful view from the Castle and visiting the museum that keeps their clay figures, now on the Representative List of the Intangible Cultural Heritage of Humanity.

Évora, the last destination for today, is just 40 minutes away. Évora is the capital city of Alentejo, in the southern area of Portugal. Due to its well-preserved old town center, still partially enclosed by medieval walls, and a large number of monuments dating from various historical periods, including a Roman temple, Évora is a UNESCO World Heritage Site. It is also a member of the Most Ancient European Towns Network.

The history of Évora is more than 2000 years old. It was known as Ebora in the period of the Celts, the Romans conquered it in 57 BC and expanded it into a walled town. Ebora became a flourishing city, as it laid in the junction of several main routes.

During the barbarian period, the city declined, but with the arrival of the Moorish, in 715 AD, it slowly began to prosper again and developed into an agricultural center with a fortress and a mosque. The current character of the city shows evidence of this Moorish influence.

In 1165, Évora was conquered by the Portuguese, developing an important role in Portuguese history ever since. During the 15th century, the Jewish community was so important it possessed two synagogues, a school, a hospital, an inn, and a mikveh. Perhaps that is why the Inquisition performed the first Auto-de-Fé (act of faith) here and also created one of the main courts to prosecute Jews, executing more than 9,500 trials.

Accommodation: The Noble House. A former home restored and transformed into a boutique hotel in the heart of Évora’s old town.

This day will be reserved to visit and discovering Évora with a local specialist for about 3 hours. It is quite easy to find Jewish heritage in Évora.

Your hotel is located within the city walls, so all visits will be on foot.

Time to relax and explore other monuments of the city in your own rhythm.

DAY 8 – COMING BACK TO LISBON

Time to bid farewell to Évora and hello to Lisbon, which is about 1.5 hours away.

Arrival to Lisbon and returning the car.

Meeting with our guide for a panoramic visit around the city, including a visit to the Jerónimos Monastery, one of the most visited buildings in Lisbon, and the Church of São Domingos, in the Rossio neighborhood, an area tragically ridden with the memory of the Inquisition and the Jewish massacre.

Day off to visit Lisbon freely and its synagogue.

Lisbon is a light-filled, exciting, colorful city with large squares and parks, where every single corner tells a story. The city is divided into 7 hills where you can find the oldest neighborhoods, some are very famous, other are fancier, inspired in Paris. The sun is everlastingly present, as well as the whitewashed cobblestone streets, the gardens and al fresco terraces, and the Castle up above. From the many viewpoints, the silvery Tagus river dazzles us, and the bridge and the Cristo Rei almost leaves us baffled.

Lisbon’s history is amazingly rich and diverse. It’s impossible to visit the city and not talk about the Romans, the Moors, the Discoveries, and the 1755 earthquake that forever changed it.

A city that has as much to see in its streets as it does in its museums — some of which are immensely original.

The last day in Portugal is devoted to exploring the famously romantic town of Sintra.

Full day with guide and car with driver.

We have included a visit to the Palace of Sintra. This is the oldest palace in Sintra and was actually the summer residence of our kings throughout many centuries. It is that fact that makes it so interesting, as we can see the different architectural and decorative styles that show the evolution of this country’s history.

This is a full day tour, without lunch, and when returning to Lisbon there will be a stop in Cascais, as we make our way to the capital, passing by Estoril, as well, all of this along the coast and the beautiful sea.