Posted at 16:29h in Short Journeys by semlimite
Share 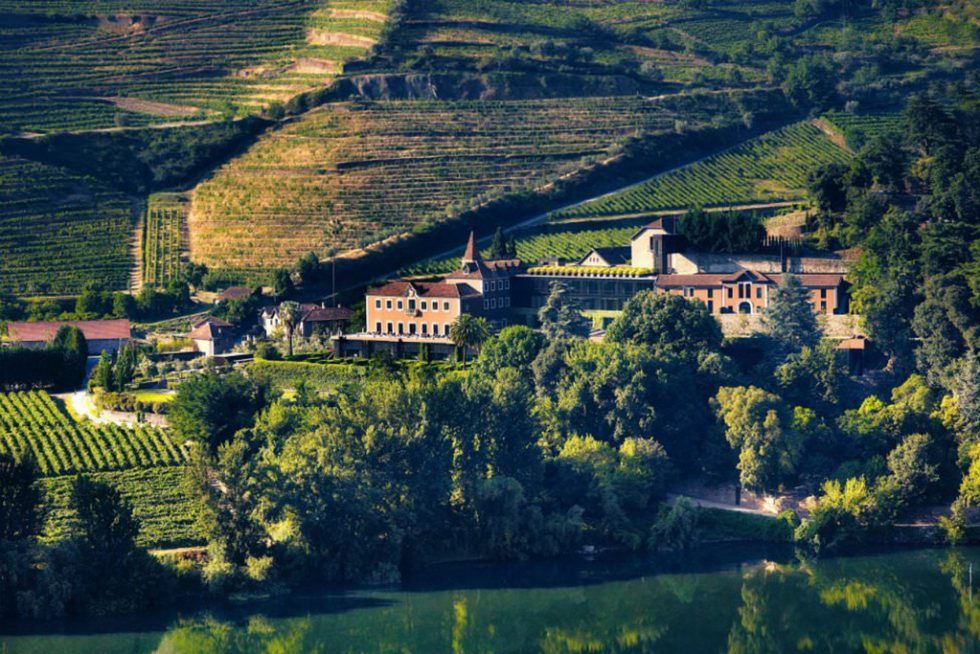 It is 450 miles of history, luxury hotels and exquisite wines waiting to be discovered in this iconic road trip snaking its way down through the forelands, from the Roman city of Chaves to the balmy southern beaches of the Algarve coast, particularly Faro, the heart of this sun-kissed region. 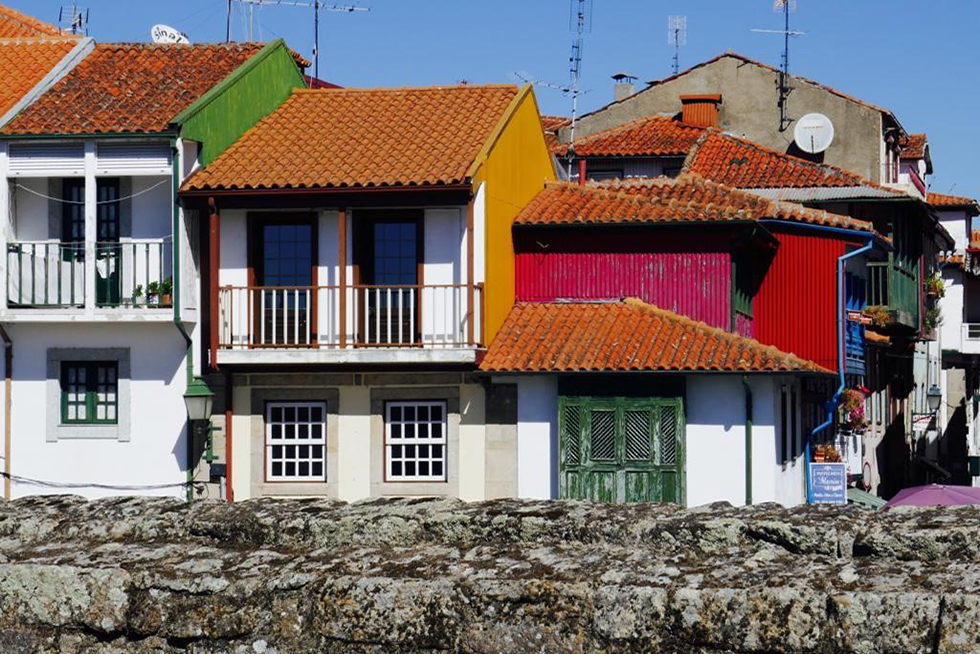 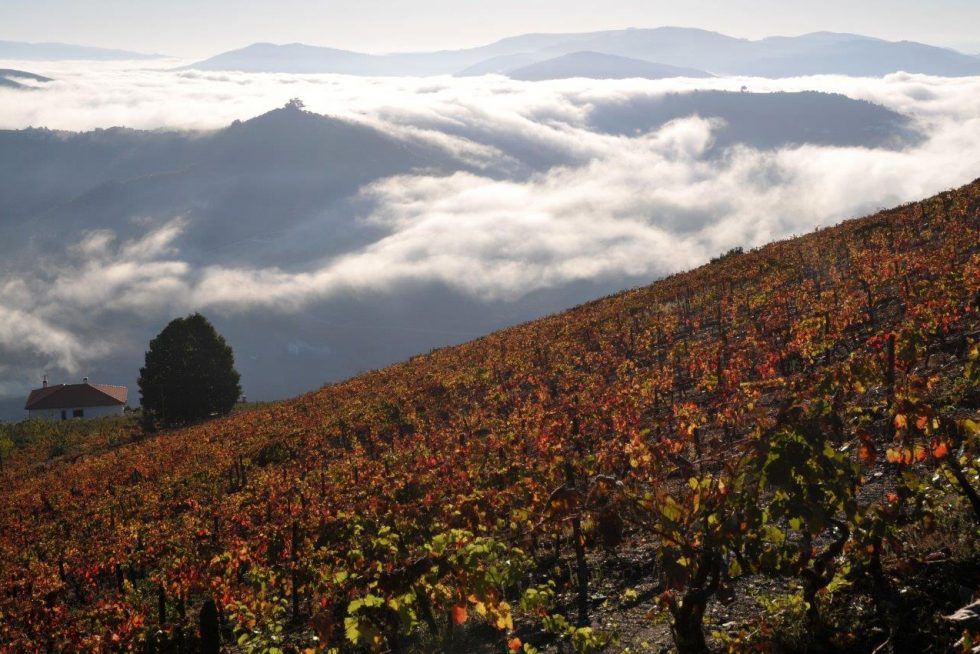 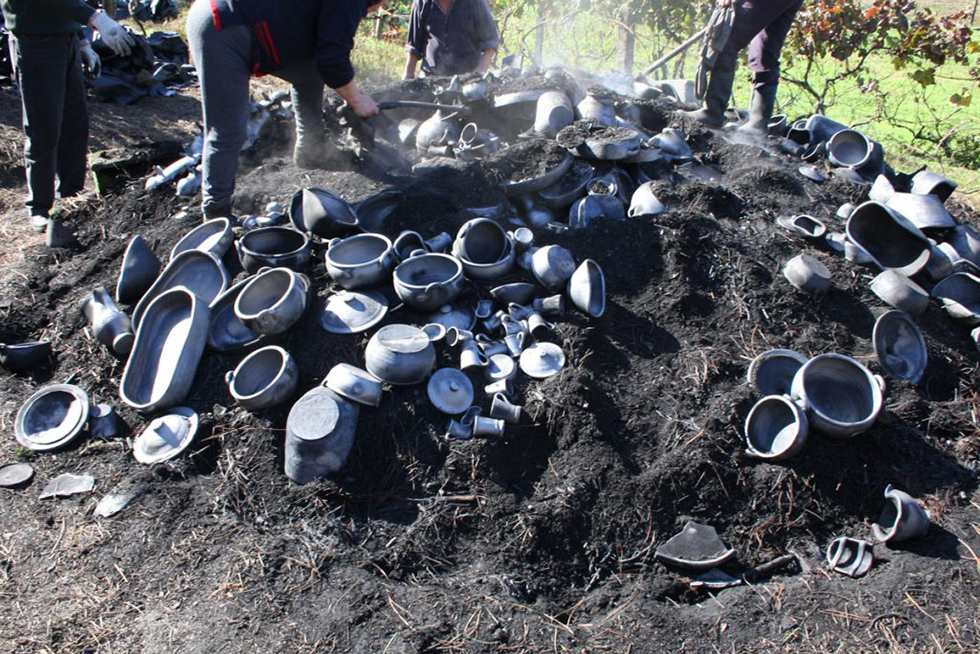 Start at mile 0, the center of the Roman thermal city of Chaves, less than a mile away from the Roman bridge. Chaves was an important town during the Roman Empire as it had important open-air gold mines, medicinal spring waters, and fertile soils.

Enjoy Chaves, stroll around the historical old town, the medieval castle, the two fortresses and the Roman bridge. Every Wednesday morning, the weekly market comes to life, attracting people from neighboring villages.

Explore the small villages, the impressive and remote mountains, a Roman open-air gold mine, you name it. Back to modern days, don’t miss Nadir Afonso’s Museum, where you can see the work of this abstractive Portuguese painter born in Chaves in 1920.

As for food, you have to try the Pasteis de Chaves, a half-moon shaped flaky pastry with minced veal, as well as all kinds of hams and chorizos. And don’t forget about Chaves natural springs from which two of the best European mineral waters can be found: Vidago and Pedras Salgadas.

Portugal was an important territory for the Romans as it was extremely rich in gold and silver. The Tresminas Archeological Park will give you the unique opportunity of visiting one of the gold mines that provided gold for the Roman coins, being therefore one of the most vital mines during for the Roman Empire — how about that? And you can enter the mine and visit some of the galleries used by the Romans… Maybe you’ll get lucky!

All visits to the gold mine complex have a tour guide.

The region of Trás-os-Montes, Alto Douro Vinhateiro and the Douro Valley are fantastic areas for hikers. This is the land of dramatic mountain ranges with impressive granite formations that seem to pop off the ground, creating strange yet remarkable shapes. Nature is quite generous around here, so you will hear and perhaps spot many birds or small mammals. Because the region has been inhabited since olden times, you may also find stone formations used as sanctuaries or mills from the Celts or even dating back to the Bronze age.

Experience the historical Vidago Palace, an iconic luxury thermal palace hotel from the beginning of the 20th century. Vidago is an elegant thermal village where Portuguese kings came to “take the famous waters” since 1875 and until the Republic, in 1910.

Take some time to wander around the romantic park that surrounds the palace, visit the hotel spa or experience a thermal therapy treatment. The hotel also boasts a golf course designed by Philip Mackenzie Ross in 1936 and renovated in 2010 by Cameron Powell.

But if you wish to visit its surroundings, there is so much you can do: the Roman ruins of Castro de Curalha, a fortified village, or the Pedras Salgadas park and its award-winning eco houses amidst the forest. If you drive around just looking for small villages, you will find plenty of them and in most you will definitely find a Romanesque stone chapel from the 12th or 13th centuries or medieval castles, such as the one of Monforte.

Vidago is part of the remote region of Trás-os-Montes (beyond the mountains), a land of wild nature, rare wines and one of the world’s best olive oil there is. Take one day to drive northeast and visit the northernmost city of Portugal, Bragança, or visit the traditional village and agricultural farm of Romeu. Romeu is an old stone village, completely renovated, where you can feel the atmosphere of a traditional village and try the delicious homemade food at Restaurante Maria Rita.

Visit the olive oil mill and learn the whole process that goes from the olive to the olive oil on a bottle. But if you drive northwest, you will get to visit one of the most important Portuguese natural parks, the Peneda-Gerês National Park, the only Portuguese protected area classified as such: green valleys, rivers, waterfalls and dams, small villages, wild animals, and much, much more.

Still close to Vidago, you can visit Vilar de Nantes, a small village where the unique black pottery is made by local artisans. This unique pottery is on the List of Intangible Cultural Heritage in Need of Urgent Safeguarding since 2016. The local artisans still make their pieces using the old methods thus creating pieces resembling those of the past. The black color is obtained through the type of wood used in the homemade ovens. There are other places where you can see this works, such as Bisalhães, in Vila Real, on the way to the Douro region, but at Vilar de Nantes you can also see the traditional manufacture of wicker baskets.

Another option is to drive down the impressive highway across the Marão mountains and visit the beautiful town of Amarante, with its gracious stone bridge and delicious pastries. On the way you can also visit Quinta dos Lagares and learn about the Zabodez olive oil, winner of a gold medal at the prestigious New York International Olive Oil Competition, in 2018, or visit Vila Real, capital of the Vila Real district. There is so much to see in Vila Real and around it: the cathedral, medieval houses, Romanesque churches, the oldest rock sanctuary in the Iberian Peninsula from the 2nd century, and the magnificent Mateus Palace, which you will recognize from the bottles of the famous Mateus Rosé wine.

So many options, depending on how long you wish to stay in the region.

Next stop will be the Douro region to learn everything about Port and the Douro wine, visit the sloping vineyards and the tiny villages lost in time.

This is the home of Port wine, a protected region since 1756, limited by 201 granite columns. In 1761, the area was enlarged by the use of 134 extra columns. In the last few years, producers started investing on table wines and the results have been amazing.

There are a number of stunning options to stay in the region, from family-run manors — the quintas — to elegant hotels belonging to wine producers. Our suggestion leans on Six Senses Douro Valley Hotel and Spa, the only Six Senses hotel in Portugal. The building was a 19th century manor house, superbly renovated and adapted to a luxury hotel. It stands high on a hill overlooking the vines and the river. The hotel offers a wide variety of activities related to food, wine, wellness, and nature.

You can devote some time to visit table and Port wine producers, just go up the Miradouro de S. Pedro — a belvedere in São João de Lobrigos — for an amazing view of the mountains and vineyards, visit the Port Wine Museum, pamper yourself with exquisite meals with fantastic views over the river, and relax in a private 1-hour cruise in the quit river waters.

This is also a perfect destination for hikers, with paths that take you along valleys and vineyards, old villages and beautiful manor houses or farms.

Further down, but still in the vicinity, is the city of Lamego. Take the EN 2 towards south. Make sure you visit the cathedral, a magnificent Gothic-style building with almost 10 centuries of history, and the Sanctuary of Nossa Senhora dos Remédios, a plethora of granite and tiles — even if you don’t feel like making the long way up the stairs to the top, the view from the bottom is astounding.

Get your strength back by trying the famous Bola de Carne de Lamego — baked loaf stuffed with all kinds of delicious goods, from cold cuts to tuna or codfish — and visit the Church of S. Pedro de Balsemão, where we can still see part of one of the oldest Christian monuments in the country. If you enjoy visiting museums, then you cannot miss the Lamego Museum. Here you will see interesting items of ceramics, sculpture, and furniture originating from several regions of the country’s central region from periods as far-off as the Roman period and the pre-Roman period up to the 19th century. The museum owns 18 pieces that are considered to be National Treasure, among which are an altarpiece from the Lamego Cathedral, Flemish tapestries, 17th-century tile panels, and a tomb from the 14th century. The museum closes at 6 PM and it is open every day of the week.

Do not lose a visit to the oldest sparkling wine region in Portugal. This was an idea of a Portuguese family back in 1893 and it is worth visiting the lodges, excavated into the granite mountain, creating a year-round temperature of 12º C to 13º C. It closes on Sunday and the rest of the days from 12 PM to 2 PM and later at 5:30 PM.

On mile 66 (km 107) of the EN 2, after you leave Lamego, you will find a sign stating you have left the Douro Demarcated Region. It is time to return to your hotel.

You can either leave EN 2 and drive towards Porto — for 2/3 extra nights — or continue your route to the central region of Portugal. If you choose the second option, the landscape will change considerably. In the first section of the road, you will find impressive mountains, fresh valleys with lakes, rivers or streams, and beautiful villages. As you continue south, the scenery changes into wide plains with olive groves and cattle, and white Moorish-looking villages, all ending further south in the Roman city of Faro, hand-in-hand with the Atlantic Ocean. 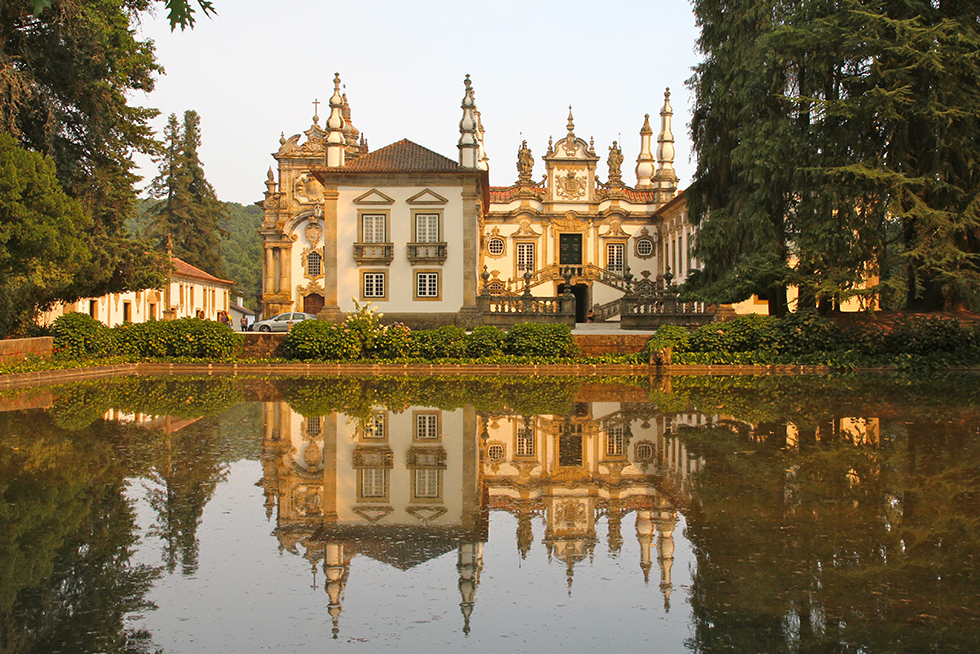